No matter if you are searching for an inspirational city that would actively promote and gather best design and art, or for new contemporary ways of living the urban artistic side, a place we will talk about today has it all! The beauty and art vibes of Los Angeles are well known to everybody: a mixture of ideas, visions, and concepts, that’s what makes it so special.

Los Angeles shows a totally diverse and varied spirit, that makes it a perfect inspirational stop to everyone who wants to explore its artistic soul. Exceptional style and visions that reflect the diversity inherent to the city are displayed through the numerous small design communities that you can experience along the way. This ultimate Design Guide is the perfect place to discover all the insights about the unusual atmosphere of Los Angeles design world!

Here, in Los Angeles, you feel a unique atmosphere and a special attitude to everything -, especially design. In this city, everything is very simple, no one is in a hurry here, and it seems there is no “stress” concept, but there are a constant sun and an exciting ocean. Everyone here lives in pleasure and works with special inspiration. Alnea Farahbella the leading designer of the local brand Toit Volant, says:

“As a young designer, I certainly have many opportunities for self-realization in Los Angeles: there are a huge creative space and complete freedom. In addition, many large fashion houses and famous brands transfer their production here, because it is more cost-effective. ”

Los Angeles has an image of the cultural capital of California and is firmly entrenched in the list of leaders, thanks to industrial design, developed urban environment and a thriving creative scene. New architectural projects in Los Angeles are the 26-story Studio Gang tower in Chinatown and the ambitious project of the Academic Cinema Museum, designed by Renzo Piano on Wilshire Boulevard.

This hotel is quite new and opened in January 2014. Ace Hotel Downtown Los Angeles has 182 guest rooms, a restaurant, and a rooftop bar and a swimming pool with spectacular panoramic views of the city. At first, the building was intended for the United Artists Building and built back in 1927. The 13-story building was designed by architect Howard Kren in the Spanish Gothic style along the lines of the Spanish cathedral in Spain. Design features include wall murals of the nascent film industry and a dazzling dome with hundreds of crystal pendants. The rebuilt theater has become the home scene for numerous concerts, film festivals, and extravagant private parties. Located in downtown Los Angeles on Broadway.

LINE is hotel cooperation between hoteliers, designers, food manufacturers and even ethnic minorities from Korea-town where the hotel is located. All of the hotel’s 384 rooms have floor-to-ceiling windows, free Wi-Fi, TV, large work desks, multimedia stations. The hotel has an outdoor pool, a 24-hour fitness center, free Saturday yoga for hotel guests and a designer boutique. Guests are offered free bike rides around Linus with individual Los Angeles maps. Koreatown is an incredible concentration of restaurants and bars that work 24 hours a day, 7 days a week. It’s 3 miles to downtown, 3 miles to Hollywood, 3.5 miles to Silverlake and 6 miles to Beverly Hills. The Purple Line metro line is across the street from the LINE hotel. Near the hotel are attractions such as Paramount Studios, Griffith Park, L.A. Conference Center, Staples Center and LACMA. Even closer are The Wiltern Theater, Wi Spa, Chapman Plaza, and BCD Tofu House.

The Redbury at Hollywood & Vine

Redbury was awarded the prize of the Hotel Collection, while the hotel’s curator is Visionary creative director and renowned photographer Matthew Rolston in collaboration with Sam Nazarian. The hotel is located at the famous intersection of Hollywood & Vine. The Redbury offers 57 luxury bohemian suites, made as apartments with first-class amenities, a library and a variety of services that attract people from the world of fashion, art, design, and entertainment as guests.

Creative walk in the center

Every second Thursday of the month, seven quarters turn into a public art exhibition and all the galleries open their doors to visitors. For just one night, various places, such as hairdressers, turn into avant-garde art galleries. You can find it in downtown Los Angeles, on the streets of Spring and Main, between 2nd and 9th streets.

Alexander Pantages – an American of Greek origin, created a large and influential network of theaters in the western part of the United States and Canada. The Art Deco Pantages Theater was opened in 1930 and became the last theater in its empire – in 1932 it was sold to Fox West Coast Theaters. It was acquired by magnate Howard Hughes in 1949 and became the venue for an Academy Award for the next 10 years. In 1977, the theater began to put the latest stage productions and conduct entertainment events.

At the opening in 1930, Saban Theater was well known as the Fox Wilshire Theater – one of the main buildings of the 20th Century Fox company. It was built on the peak of the popularity of the Art Deco style and to this day is a magnificent example of a genre in the city known for its style of architecture. In 1953, the premiere of the film “How to Marry a Millionaire” took place here. In 1981, the building was reformatted into a concert venue. In 2009, media magnate Haim Saban and his wife Cheryl allocated a grant of $ 5 million to restore the theater. Later his name was changed to Saban Theater. Owns and manages theater company Temple of the Arts; All kinds of events take place here – from filming an episode of the cult American television series Glee to lectures by spiritual teachers, such as Marianna Williamson.

If you want to have more Los Angeles design inspiration, visit our Pinterest or download our FREE eBook here! You can follow us on Facebook to receive all of the latest news about the Interior Design world!

If you enjoyed this article, check also: 5 REASONS WHY WE CAN’T STOP LOVING MID-CENTURY MODERN ARCHITECTURE 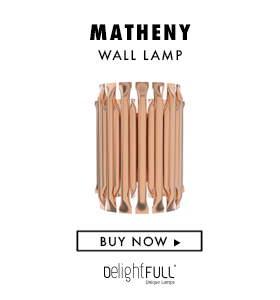 Login with ajax is not installed (or active). To use this feature, please install it. Alternatively remove this icon from this location in Zeen > Theme Options.